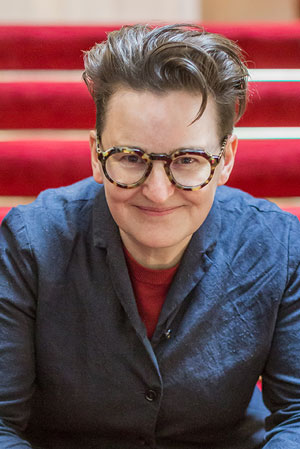 I live in Edinburgh, Scotland where I write dual-timeline detective novels about the world of those who die with no next of kin.

My debut, The Other Mrs Walker was a Times bestseller and Waterstones Scottish Book of the Year. My second, The Inheritance of Solomon Farthing was long-listed for the McIlvanney Prize for best Scottish crime novel and a Historical Writers Association Gold Crown. Emily Noble’s Disgrace is my third novel.

My short stories and non-fiction have featured on BBC Radio 4 and in the Guardian Weekend Magazine, as well as various anthologies. In 2019 I was selected by Val McDermid as one of the UK’s ten most compelling LGBTQI+ writers working today.

I have an MLitt in Creative Writing from the University of Glasgow where, on graduating, I was awarded the inaugural Curtis Brown Prize for Fiction in 2009.

In 2017 I was Highly Commended as a Rising Star in the DIVA Literary Awards and shortlisted as a Breakthrough Author in the Books Are My Bag Readers Awards. In 2016 I was named an Amazon Rising Star. I am a Hawthornden and Brownsbank Fellow.

In the past I have worked as a script-editor, arts administrator and tour guide. From 2010-2014 I was Writer in Residence at the Royal High School in Edinburgh, on behalf of the Edinburgh International Festival, and I have taught creative writing for other organisations including the National Galleries of Scotland.

I am represented by Clare Alexander at Aitken Alexander Associates. For press enquiries please contact Rosie Friis at Pan Macmillan. Author biog and photos available from the Press Kit.