The Other Mrs Walker / The Things We Leave Behind

Extracts from The Other Mrs Walker featuring the real-life objects that appear in the book. 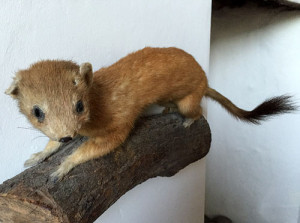 On the mantelpiece there was a stoat, stuffed, with a tiny hole in its skull. The stoat regarded Margaret through two black eyes, one winking, the other dull. From beneath the lapels of her stolen coat a fox winked back. 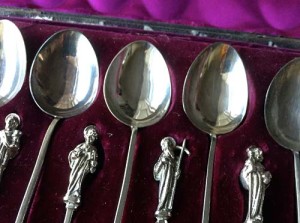 A single teaspoon with a spindle of a handle lay abandoned on one of the kitchen surfaces, stranded in a dried-up puddle of what must have once been tea. The spoon was silver, now tarnished, its surface a dark oily blue. Margaret rubbed a thumb across the tiny figure soldered to one end. St Jude, patron of lost causes. Or something like that. An apostle spoon, left behind to say its silent prayers for the dead. 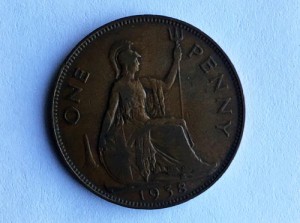 The penny was old-fashioned, smelling of metal and of earth, a dull glint of bronze in the low winter light. On one side Britannia wielded her trident. On the other a king who should never have been a king gazed out. Heads to the north, tails to the south. Or somewhere much further than that. Margaret spun the coin without considering what might come next. Disaster, or the broaching of a new reef. Let the king decide. So he did. 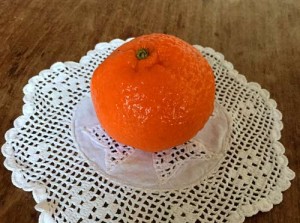 The little girl ate the whole thing before he could come back down. Didn’t wait for it to be peeled or segmented. Or to sit at a table. Instead she tore through the orange flesh with her sharp little teeth, squatting on the bare floorboards of the hall, biting and gnawing and sucking until there was sticky juice running all down her chin. Clementine. That was what they called her. 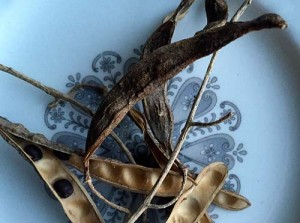 Outside, the forbidden tree was covered in little green pods. It stood in the patch of wasteland at the far end of the garden, roots all tangled up with thorns. ‘Never touch,’ Alfred had said to Clementine when she was young. ‘Never go near.’ A tree full of pods in the summer, all crunchy and plump. ‘Never touch. Never lick. Never sniff. Never smell.’ Dripping with golden treasure for a few brief weeks in spring. 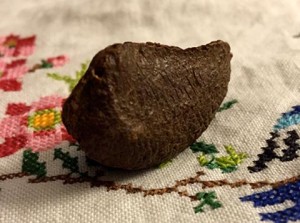 She took out a brown nut with something scratched on its shell. ‘Have a look, girls.’ She held it in her palm for them to see. ‘But don’t touch.’ (Rule number 2.) ‘It’s the Ten Commandments.’

Thou shalt not bear false witness.
Thou shalt honour thy father and thy mother.
Thou shalt love thy neighbour as thyself. 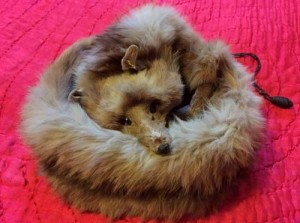 There was one thing in her mother’s box room that had proved useful, however. A fox. Dead. Transformed into a stole. The fur was all fusty, the head eaten away by mange. But still, as Margaret draped the fox around her neck, for a moment she had been transformed too. 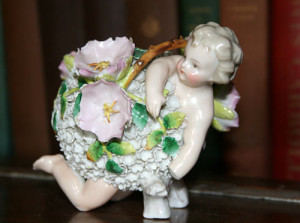 The cherub fell to the floorboards with a bump and a roll, little mouth pursed in surprise. Oh! One of its flowers cracked and split. One arm snapped off snip-snap above the elbow, the severed limb skittering somewhere into the dark. 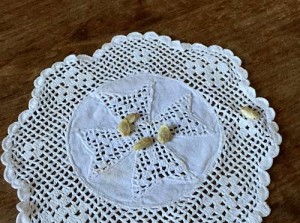 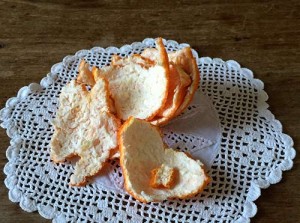 ‘We never worked it out until we caught her with the oranges. Lovely sweet ones displayed out front. Clementines, six for a pound. Bargain. She bought the peas like usual then left. Five minutes later we realized two punnets had vanished… She’d left a trail. All along the gutter. Couldn’t wait. Tucking into one of our oranges right there in the street.’ 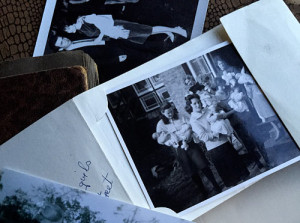 That night at Mrs Penny’s Home for Troublesome Girls there were babies wailing as though they would never stop. All over the house, from the kitchen to the highest, furthest floor, infants of all sizes and dispositions shrieking and bawling fit to burst.